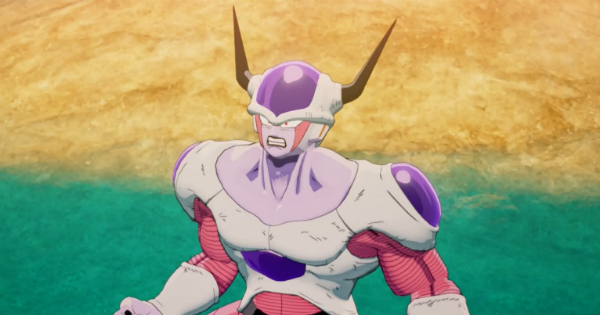 All the Dragon Balls - Walkthrough Chart

Ginyu Will Not Use Goku Moves

Ginyu will not be using any Goku's moves, instead will be using his own moves & attack patterns, so deal with him accordingly.

Focus On Finishing Off Jeice First

Jeice is weaker and will use many Ki-attacks throughout the fight which will cause mini-stuns, disrupting your tempo. Finish him off first for less interruptions.

Ginyu & Jeice has pretty straight-forward attack patterns that are easy to read, as they often require charging. Their only advantage is in numbers, so focusing on picking one off first.

Kamehameha Is Effective Against The Pair

When fighting Ginyu & Jeice, Kamehameha is highly effective due to their attack patterns leaving many openings. Kamehameha's fast attack animations and stuttering effects can speed up the battle considerably.

Though there's many battles to beat Frieza, his main attack patterns are mostly the same. Though he may use different moves between forms, these new moves fits the existing attack patterns.

Piccolo to the Rescue! - Walkthrough Chart

Piccolo is a playable in this part of the story. Get to know the strength of Piccolo and win the battle.

Use Hit And Run Tactics

Frieza's attack follows the pattern of hanging back -> initiating stunning melee attacks / Ranged barrage -> Combo. There will be plenty of opportunity to melee combo him, but you should move away/ defend after 1 combo for he will probably retaliate with combos of his own.

Frieza will often follow-up his stunning attacks with a Death Surge. Depending on the timing, you may be able to dodge away before the Death Surge connect, so spam that dodge command!

Get Ready To Dodge As Frieza Is Powering Up (Red Ki)

Frieza will enter a melee offensive phase after he powers up (Red Ki), charging at you quickly for a stunning blow and combos. Focus on evading or blocking until this phase stops.