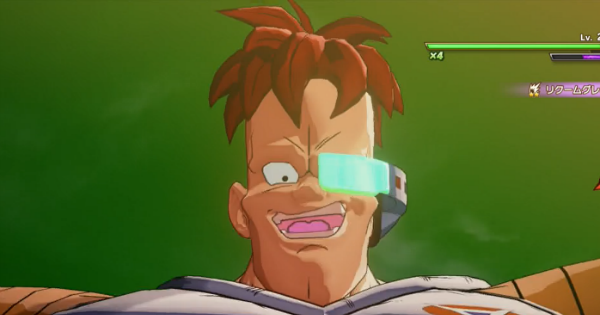 You need to pick a comment aligned to the Dragon Ball story to forward the game. Given Gohan's character, he must be scared in this situation.

3 Options To Choose From

3: Choose "Only when it has to be used" From 3 Options

Elder Guru wants to confirm how you gonna use the power. Choose the last "only when it has to be used." option to progress the story.

3 Options To choose From

After reaching the spot, you will need to fight Guldo and Recoome, you will forced to be in episode 5. In episode 5, you need to fight other bosses continuously and cannot buy heal items after this point. So, get prepared.

Check Out How To Recover HP Here

2: Battle With Guldo Is Only 1 time

You fight Guldo one time during the Frieza Saga. He is the first member of the Ginyu Force you take on.

You will fight Recoome two times in the Freiza Saga. First you'll be Vegeta, and the second time Goku. His abilities are essentially the same, but he'll be stronger in the second battle.

Getting hit by Psychokinesis while Guldo is surged will deal massive damage, so make sure to avoid it. This can be done easily by just moving up or to the side, depending on the formation of the spires.

It is possible to dodge Paralysis, but it might be difficult to get the timing down. Generally speaking, you should try to get as far away from Guldo when he does this, as it seems the duration of the paralysis is longer the closer you are.

Always be ready to react to Racoome's Eraser Gun sweep. When he uses this ability, immediately start moving sideways to get out of the affected area.

As with many other previous bosses, Racoome has a counter kick which will knock you back and stun you. Try to avoid staying up close to him for extended periods of time.