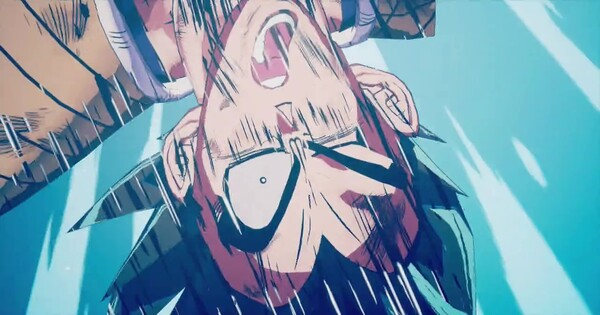 Read this Dragon Ball Z Kakarot guide to find out how to beat Vegeta & Great Ape Vegeta. Get tips on his Galick Gun, Slash Wave, Meteor Hammer & their counters in DBZ Kakarot!

How To Beat Vegeta - Tips & Strategy

You will fight Vegeta for a total of 3 times in this conclusion to the Saiyan Saga: Twice as Goku versus Vegeta and Great Ape Vegeta, and once as Gohan versus Vegeta. You will be fully healed each fight.

Though you'll be fighting Vegeta 3 times, his moves and attack patterns remain mostly consistent, barring the Great Ape Vegeta, which has moves of its own.

Out Of Breath After Rage Phase Passes

After Vegeta's rage phase wears off, he will become exhausted and unable to move. Use this window of opportunity to deal massive damage with a special attack! So, Focus solely on evasion.

Vegeta has many melee special attacks that will combo chain resulting in massive damage, such as Dash Attack followed with a Meteor Hammer. Keep your distance and let him charge you first so you can evade and counter for greater damage.

Desired distance from Vegeta until his attacks are finished

As you maintain distance while waiting for him to make the first move, spam him with Ki attacks to charge your burst gauge and deal some damage.

Melee Him After His Charging Attacks Miss

Move in for a melee beatdown on Vegeta after his Charging attacks miss for greater damage. Finish one combo and run away immediately as he will likely retaliate.

Vegeta's Consecutive Energy Shot shoots many Energy Shots that can break your guard, leaving you defenseless against consecutive shots and the final Big Energy Shot which deals massive damage. Focus on evading instead.

Get Close To Down It Fast

The fastest method of bringing down Great Ape Vegeta is get close and use melee attacks against it, especially its head.

Melee Attacks Are Highly Effective Against It

Don't let the big size fool you: Ape Vegeta has low HP and melee deals large damage against it, so focus on getting close and bashing him.

There will be a phase where Great Ape Vegeta will slam the ground violently in quick succession, striking a wide area quickly. Avoid this and then get back into the fight.

Vegeta's signature move. When he uses it for the first time, there will be a window of opportunity for the player to attack him and interrupt his attacks, but the later attacks won't have such mechanics. Keep dashing to the sides to evade this move.

Charges quickly in a straight line (red arrow will appear) and quickly lunge forward. Maintain distance and evade the arrows, then move in to attack.

Fires off multiple Ki attacks in a long wave form. Move to the sides consecutively as it comes in salvos of short interval.

Fires off multiple Ki barrages followed with a final Large Energy Shot. Keep dashing to one side and you can evade the entire attack.

Charge in and unleash a flurry of kicks at the target, finishing off with a roundhouse kick. Maintain distance, or use defend near the end if you're caught by it.

Dashing quickly and irregularly toward you, then smash you with a punch to the chest, stunning you. Usually followed by a Meteor Hammer.

Follow-up attack for most other melee Special Attacks, knocking you over large distance dealing great damage. Avoid being stun-locked by maintaining distance and avoiding other Melee special attacks.

Ape Vegeta's main ability is Mouth Cannon. When he prepares to fire it, start moving and dodge multiple times to the side. He may use it more than once.

Ape Vegeta swipes forward and bash the ground with his massive fists. Stay away from its front and maintain distance while bashing as its reach is quite long.

Ape Vegeta will leap into the area and mark an area with a yellow circle. After a few moments he will fall and deal damage to that area. Easy to dodge.