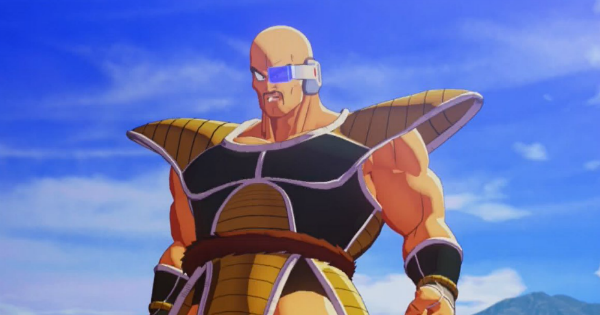 How To Use Support Characters Here

You can use Support Attack (R1 for the PS4), to select an attack that they can use during combat. Support Characters have 4 different attacks that you can choose from with each having varying effects and damage.

3. Use Ranged Attacks When He Stops

When you see Nappa pause for a moment, launch a powerful ranged attack, such as Goku's Kamehameha. It can be difficult to use while he's flying or mobile, so try to bring the fight to the ground.

There are certain things you'd better to do when it comes to boss battle. Dodge & time your attackes in battle, level up before battles if you can't win etc.

Nappa is strong but you have other Z Warriors to fight together. Be sure to use Support Attack to be able to beat Nappa!

You can make use of the filled Support Gauge by using Z Combination Attacks to unleash devastating blows on your enemies. Z Combination attacks end with a damaging super attack that can deal a tremendous amount of damage.

When you see Nappa begins to use Giant Storm, immediately move out. There is a delay between the circle going down and the damage, so immediately dash to the side when you see it!

Nappa will use these two abilities the most often, so learning to deal with them is key. Immediately dodge left or right when you see a Sonic Storm coming up. Generally, if he's close to you, it means he can do it!

Arm Break is Nappa's most common ability. He prepares for a moment and charges forward, dealing damage to any targets he hits.

Sonic Storm is a downward kick which Nappa uses when he is above you. This will knock you down and deal significant damage.