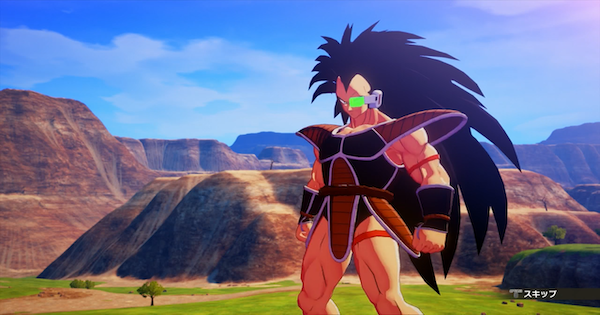 Read this Dragon Ball Z Kakarot guide to find out how to beat Raditz. Get tips on his Double Sunday and Saturday Crush moves in DBZ Kakarot!

How To Beat Raditz - Tips & Strategy

Raditz is one of the first bosses in the game and features a series of abilities you'll need to learn in order to defeat him. He is fought during the Saiyan Saga.

Guard Through Or Dodge Cyclone Monday

Raditz will do a sweeping spinning move that will move horizontally. Moving up and down is ideal, but you might not be able to react fast enough, so consider using Guard to block this move.

If you get hit with one wave of orbs from Saturday Crash, it can be easy to eat all of the remaining ones. The best option here is to dodge away right before they hit you. If you can't do this, simply Guard through all of them. You'll still take some damage this way, but it will be more manageable.

During Double Sunday, don't stand anywhere near the trajectory of the beams! Instead, try to move directly above Raditz. This seems to be a golden zone where you won't take damage!

If Raditz is powered up with Surge, his Double Sunday will be more powerful and he'll send out several energy balls to float in the area. Move up down and guard if you're going to get hit with a ball!

Cyclone Monday deals damage in a large radius around Raditz. This move can be rather fast and hard to avoid. It might be better to Guard for it.

Saturday Crash fires 7 (or perhaps 8) waves of 3-4 purple energy balls toward you at a relatively fast speed. They will follow your movements, so you will need to dash at the last second to dodge them.

Double Sunday creates two beams that rotate around Raditz and deal massive damage. Even though it looks like you might be able to dodge them, you will be hit if you stand on the ground.