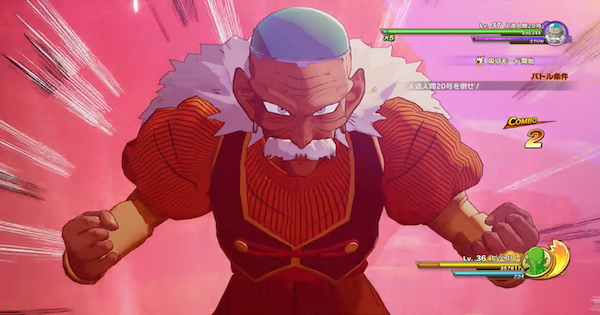 Read this Dragon Ball Z Kakarot guide to find out how to beat Android 20 (Doctor Gero). Get tips on his Photon Wave, Energy Drain & Absorption & their counters in DBZ Kakarot!

How To Beat Android 20 - Tips & Strategy

You will fight Android 20 for the time in the Android Saga with Piccolo.

Don't Use Ki Blast During Absorb

Android 20's most frustrating aspect is his ability to restore health. He has two ways of doing this, one of which is his Commence Absorption Mode ability. While this is up, he will absorb Ki Blasts, so don't use them!

Before hitting you with his second health restoration ability, Android 20 will charge at you. Get some distance from him when you see the red aura. You'll also need to get the timing of the dodge right, otherwise you'll be hit! Instead of spamming dodge immediately, wait until the last moment to dodge.

Stay Away During Surge

Android 20 will enter his Surge Mode when he starts to glow red. His abilities will be somewhat buffed during this time, so we recommend keeping using steps and staying away until Surge ends!

Take Him Out With Ranged Attacks

One of the best ways to deal with Android 20 is to use ranged special attacks from a distance. After he's fired his Photon Wave, dodge to the side and immediately use an ability like Special Beam Cannon. Rapid Fire Ki Wave can also deal massive damage to him as well.

Android 20's main special attack. A red line will appear in front of him indicating the location of the beam. After a moment a purple beam will fire out and deal massive damage. Move out of this.

While Android 20 is in his surge state, purple balls will fly out from him. Simply stay at a distance until surge ends and dodge these.

At some points during the fight, Android 20 will charge straight toward you, jump on your back and begin to absorb your energy. This will heal him up for 50,000 health and drain your Ki. Make sure to avoid this by timing your dodge while he's charging at you!

When Android 20 activates this ability, he will have a white glowing aura surrounding him. During this time, he will absorb Ki Blasts and heal from them, so avoid using them!

Sometimes when fighting Android 20 in close quarters he will do a roundhouse counter kick that pushes you back and stuns you. This is particularly dangerous because then he can land a Photon Wave on you quite easily.