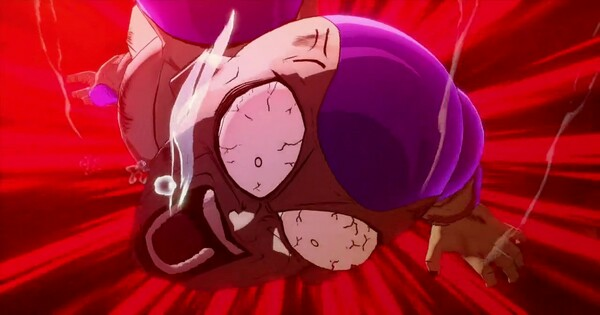 Read this Dragon Ball Z Kakarot guide to find out how to beat Frieza. Get tips on his Death Surge, Death Slicer, Death Ball & its counters in DBZ Kakarot!

How To Beat Frieza - Tips & Strategy

7 Battles To Fight Against Frieza

There are total of 7 battles you must fight against Frieza:

Semi-Consistent Attack Patterns For All Forms

Though there's many battles to beat Frieza, his main attack patterns are mostly the same. Though he may use different moves between forms, these new moves fits the existing attack patterns.

Use Hit And Run Tactics

Frieza's attack follows the pattern of hanging back -> initiating stunning melee attacks / Ranged barrage -> Combo. There will be plenty of opportunity to melee combo him, but you should move away/ defend after 1 combo for he will probably retaliate with combos of his own.

Frieza will often follow-up his stunning attacks with a Death Surge. Depending on the timing, you may be able to dodge away before the Death Surge connect, so spam that dodge command!

Get Ready To Dodge As Frieza Is Powering Up (Red Ki)

Frieza will enter a melee offensive phase after he powers up (Red Ki), charging at you quickly for a stunning blow and combos. Focus on evading or blocking until this phase stops.

Frieza will disappear and reappear a medium distance and use a powerful melee attack, usually a punch or tail smash. Dash away to the sides to avoid.

Summons 3 yellow Ki Bombs next to your position, exploding soon after. Dash out it's range immediately.

Charges at you with a kick. Usually used after incapacitating melee strikes like lunge punch. Move out the red arrow indicating its attack direction.

Throws a Ki ball after charging that will explode 3 times when hit. Dash to the side as he is charging (Purple Ki).

Dashes irregularly towards you, charges and then throws a big Ki Ball to stun you, finally jab you multiple times. Avoid the Ki-ball to dodge this move.

Fires consecutive semi-tracing Ki balls, with a final big K Ball attack. Keep dashing to the sides to evade them all. Don't defend as it will likely break your defense.

Charge up for a wide-fanning beam attack. Evade the red lines to avoid.

Lunge forward and kicks in a wide 360 degrees arc. Dash backwards or up / down to evade. If evading isn't possible, defend.

Sends a spinning slicer attack toward you. Dodge quickly at least twice to evade, or defend.

Sends a powerful Energy ball attack. Can be interrupted by powerful attacks of your own.