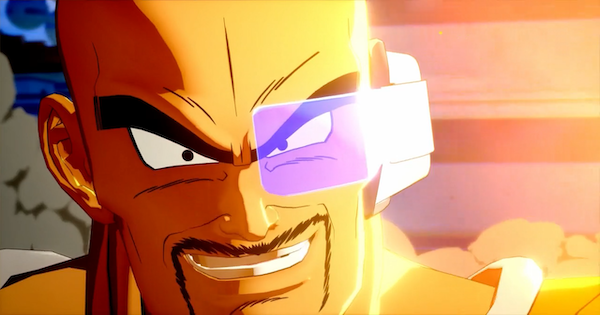 How To Beat Nappa - Tips & Strategy

You fight Nappa for the first time in Episode 5 of the Saiyan Saga, and fight him again in Episode 6. Although he appears multiple times, his abilities are basically the same. The later he appears, the more powerful he will be, so be careful!

When you see Nappa begin to use Giant Storm, immediately move out. There is a delay between the circle going down and the damage, so immediately dash to the side when you see it!

Nappa will use these two abilities the most often, so learning to deal with them is key. Immediately dodge left or right when you see a Sonic Storm coming up. Generally, if he's close to you, it means he can do it!

Use Ranged Attacks When He Stops

When you see Nappa pause for a moment, launch a powerful ranged attack, such as Goku's Kamehameha. It can be difficult to use while he's flying or mobile, so try to bring the fight to the ground.

Arm Break is Nappa's most common ability. He prepares for a moment and charges forward, dealing damage to any targets he hits.

Sonic Storm is a downward kick which Nappa uses when he is above you. This will knock you down and deal significant damage.

Blazing Storm creates a massive wall of fire that moves across the field. This move can be somewhat tricky to dodge if you're in the wrong position.

This ability fires out two projectiles which explode into giant balls when they collide with their target.

Creates a massive circle which glows red/orange and explodes after a few seconds.