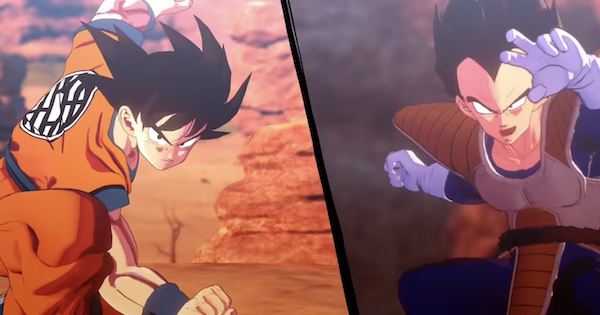 All Story Episodes In Saiyan Saga

All Story Episodes In Frieza Saga

All Story Episodes In Androids/Cell Saga

Dragonball Z: Kakarot follows Goku in his struggles and adventures following the critically acclaimed manga/anime. Get to know more about DBZ's world and characters, as you train and fight spectacular battles to save the world and your friends!

DBZ: Kakarot will also include adventures from in between each sagas to tell their story, roughly based on the original story arch.

Check Out All Substory Walkthroughs Here!

5 years after the end of the Dragon Ball saga, Goku and his friends peaceful life have been shattered by a alien invader. Radditz; Saiyan warrior bearing strange resemblance to Goku. After a fierce clash, the Z-warriors scarcely overcomes this foe, only to learn 2 more Saiyans, even more powerful than Radditz, is on their way to Earth.

In order to restore balance to battle-worn Earth and resurrect fallen friends, Goku and the Z-warriors are tasked to travel across the galaxy for Planet Namek; birthplace of Piccolo and Kami. However, another sinister league of villainy also aims to acquire the fabled Dragon Balls; Frieza and his warrior army.

After the clash at Planet Namek, the warriors comes face to face again with the seemingly defeated Frieza and his father King Cold. The fiends, however were quickly vaporized by a mysterious Saiyan, Trunks. This man, claiming to be a time-traveler, warns Goku and the Z-warriors of an even more sinister threat; the Androids are coming.

7 years after the Android uprising and the Cell Game incident, the now grown Goku's son, Gohan was helping those in need in guise as a mysterious vigilante, Great Saiya Man. His secret identity however, was soon found out by Videl, his classmate, and have been blackmailed into participating in the World Martial Arts Tournament in exchange for keeping his secret. In an seemingly innocent tournament, a sinister wizard seeks to wake something of unimaginable danger...