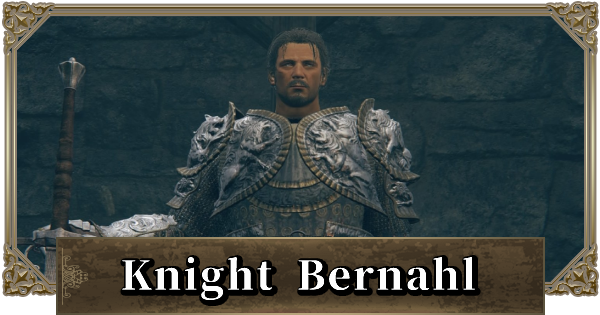 Disappears When You Defeat The Boss Rykard

Before becoming a member of Volcano Manor, go to Bernahl who can be found at Warmaster's Shack, located east of the Site of Grace's Stormhill Shack. You can buy Ashes of War by talking to him. The questline can proceed without problems even if you did not talk to Bernahl in Step 1. If you don't need Ashes of War, you can ignore it.

The Volcano Manor is located on a mountain northwest of the Altus Plateau, and you need the Dectus Medallion (left/right) to enter Altus Plateau.

Talk to NPC (Tanith) near the Site of Grace in Volcano Manor. When you choose become a member of Volcano Manor, the Questline will progress and you will be given a Drawing-Room Key.

▲ Pick up the Red Letter on the desk when you report Rileigh's defeat to Tanith.

Once you have become a member of Volcano Manor by talking to Tanith at Volcano Manor, proceed through the Volcano Manor Questline and defeat Rileigh. After defeating Rileigh, return to Volcano Manor and report to Tanith, then talk to Bernahl and select "I know".

After defeating Rileigh, talk to Bernahl at Volcano Manor, then go to Site of Grace to rest, and after receiving a letter from Bernahl, move on to your next destination, Leyndell, Royal Capital.

Conversation About Obtaining The Letter To Bernahl

▲Even if Bernahl is defeated during the battle, the questline can still proceed.

Once in Leyndell, Royal Capital, touch the red Summon Sign at the designated point to enter; fight with Bernahl to fight both Vargram and Wilhelm, and defeat the two targets to obtain the Raging Wolf Series of armor.

Click Here For The Route To Site Of Grace's Avenue Balcony

Return to Volcano Manor and talk to Bernahl to receive the Sorcery "Gelmir's Fury". It is recommended when going to an area where many mob enemies appear, as it is an excellent means of attacking multiple enemies around you at once.

▲After the boss Morgott, obtain the "Rold Medallion" in the Questline progression.

Note That Some Items Will No Longer Be Available

If you beat Farum Azula's Maliketh, the Black Blade, Leyndell, Royal Capital turns into Leyndell, Ashen Capital. There are some items from the Royal Capital that will no longer be obtainable in the Ashen Capital, so you should search for those items well while you can still get them at this stage

The Shortest Route To The Battle Of Godfrey

The Shortest Route To The Battle Of Morgott

Report to Juno Hoslow and select "See the Lord" to be transported to the Site of Grace near the location of the boss Rykard.

After defeating Rykard, talk to Bernahl in Volcano Manor. After the conversation, Bernahl will disappear from Volcano Manor after loading.

Even If Bernahl Disappears, Ashes Of War Can Still Be Purchased

When the boss Rykard is defeated, Bernahl disappears from Volcano Manor, but Ashes of War can be purchased by examining the sword in the place where Bernahl was. If you need Ashes of War, check Bernahl's sword and buy it.

The area around the Crumbling Farum Azula is where you'll be automatically moved by causing an event with Melina at the Titan's Fire Cauldron after defeating the Fire Giants. Once you arrive at Farum Azula, attack the dungeon and defeat the boss, Godskin Duo.

▲ Follow the road to find the Site of Grace Crumbling Beast Grave.

There is a room where you can climb the stairs from the Site of Grace beside the Great Bridge of Farum Azula and proceed to the left. Bernahl appears in front of the room with the Old Lord’s Talisman and when you defeat him, you will be able to obtain his Armor Set and the Devourer's Scepter.

Dragon Temple Rooftop To Beside The Great Bridge

What To Do When Bernahl Doesn't Invade

You Will Be Able To Invade After Updating The Game

If Bernahl Returns To His World, Rest At Site Of Grace