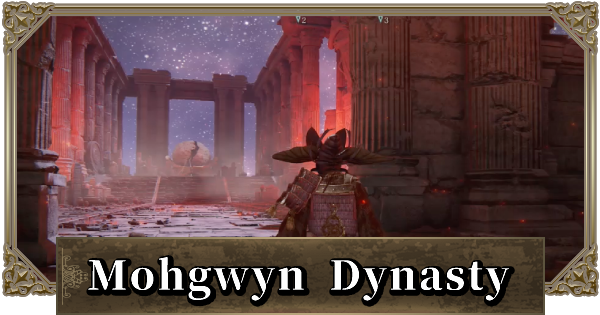 Elden Ring
Mohgwyn Dynasty Mausoleum Location Guide & How To Get

In the area just beyond the Palace Approach Ledge-Road by the entrance, You can collect a large amount of Runes in an instant by defeating the enemies with wide-range skills and sorceries. The area is the most efficient way to earn Runes even at early game. It's recommended to come here to earn Runes when you are low on them.

How To Get To Mohgwyn Dynasty Mausoleum At Early Game

After clearing the Stranded Graveyard at the start of the game, you will find a masked man near the Site of Grace: The First Step. When you talk to him, he will ask you if you want to become a member. He will then ask you to defeat Godrick the Grafted so defeat him.

After defeating Godrick the Grafted and you've gone to see the Two Fingers, go to back to the First Step and Varre will be gone. Head to the Rose Church and talk to him there, answer that you "Felt Strange", and you will given a Finger. The Quest will then progress.

Use the Festering Bloody FInger you received from Varre to succesfully invade three times. There is no requirement to beat the host, just invade 3 times whether you win or lose. Then talk to Varre.. If you choose to "Become a Knight", you will receive the Lord of Blood's Favor.

Head to the Chapel of Anticipation from the Four Belfries in Liurnia. After defeating the Grafted Scion, go to the church to find the dead pristess, which you can interact with to dye the cloth with blood.

Killing Irina or Hyetta and using their blood can also be done, but it's not recommended. It's better to go to the Chapel of Anticipation since it will not interfere with any NPC Quest Line.

After dyeing the cloth with blood, talk to Varre twice and he will give you the Pureblood Knight's Medal. You can then use it.

Directions From The Consecrated Snowfield To Mohgwyn Dynasty Mausoleum

You can obtain the Haligtree Secret Medallion (Left) by first unlocking the Mountaintops Of The Giants then clearing Castle Sol. The route in the video above is from the Site of Grace: Castle Sol, Rooftop.

Route To Village Of The Albinaurics

The video above will show how to get to the Village of Albinaurics. Walk up along the wall and talk to the person mimicking a jar at the far end of it.

The area can be reached using the Portal (Gateway) found at the bottom of the cliff on the west side. Since there is a Site of Grace and a Map Fragment on the way, it is recommended to go to the Portal after getting them.

Body In The Square In Front Of The Entrance (Near Site Of Grace: Dynasty Mausoleum Entrance)

The Map Fragment can be found near the Site of Grace: Dynasty Mausoleum Entrance. Head down the hill and turn around to Palace Approach Ledge-Road.

How To Get To Palace Approach Ledge-Road

The Shortest Route To The First Site Of Grace

Shortest Route To The Boss Battle

Hpw To Get To The Boss

How To Beat The Boss - Mohg, Lord Of Blood

Mohg changes his form at less than 50% HP and will deal 3 hemorraging attack. The damage from those attacks can be reduced by drinking the mixture of Flask of Wondrous Physick available through Yura's Questline. Get it first.

The Flask Of Wondrous Physick Should Be Consummed Before The Fight

The Flask of Wondrous Physic that contains the Purifying Crystal Tear should be consummed before entering Mohg's area. The effect will not wear off until you hemorrhage.

Mohg's Shackle, available at Forsaken Depths, can be use to stop the movement of Mohg up to 2 times during the fight. It is possible to hit him with a skill during this time, although it only has a small window. Note that it does not work during the second phase.

Wait For The Thrust To Break In A Series Of Blows

Since Mohg performs a unique series of strikes, it is easy to midjudge the chance to counterattack. However, the barrage often ends with an outward swing then a thrust, after which the movement stops for a moment. Let's start by aiming for the gap after the thrust.

Heal Carefully Due To The Long Reach

▲ The distance is within range

Mohg has a very long reach and a relentless barrage of attacks. If you need to heal, it should be done when you're from a distance from him or when there's a gap between the attacks.

The Swamp Ahead Of Site of Grace: Palace Approach Ledge-Road

The Map Fragment for Mohgwyn Dynasty Mausoleum is located in the swampy area close to the Site of Grace: Approach Ledge-Road and around to the left. The enemies are strong, and you will be severely damaged so leave as soon as you collect the Golden Seed.

Item Locations & How To Get Them

It is good to kill the enemies with the Hoarfrost Stomp or other methods because of the large number of frogs.

Near The Site Of Grace: Dynasty Mausoleum Entrance

From the Site of Grace: Dynasty Mausoleum Entrance, go up to the building and take the left path. You will find a captive Merchant among enemies. You can purchase a Rune Arc and Stonesword Key from him, both of which are rarely available, if necessary.

How To Get To The Merchant's Location

What To Do If You Can't Return From The Mohgwyn Dynasty Mausoleum?

If You Are In A Dungeon, Go Outside