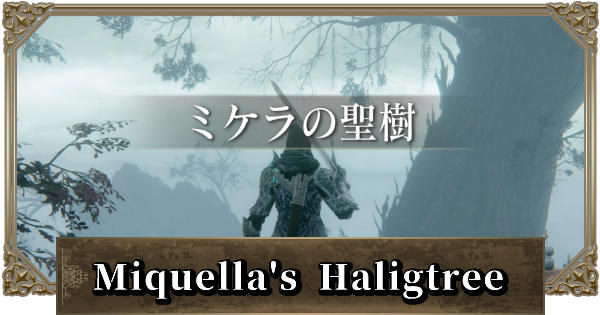 How To Enter Miquella's Haligtree

Lit Up The Fires In Ordina Liturgical Town

Miquella's Haligtree is an area warped by Portal (Gateway), which is released by lighting four pedestals in Ordina Liturgical Town, a town in the western area of the This area is not involved in the main storyline at all, so it is necessary to take the trouble of a detour strategy.

Route To The First Site of Grace

Route To The Second Site of Grace

Route To The Third Site Of Grace

Crystalians Summoned Will Disappear If Spiritcaller Snail Has Been Defeated

Route To The Fourth Site Of Grace

Route To The Fifth Site Of Grace

Route To The Sixth Site Of Grace

Route To The Site Of Grace Near Malenia

Site of Grace Near Malenia Guide

How To Defeat Royal Knight Loretta

Be Evasive And Ensure The Flow Of Counterattacks.

The main body of "Loretta," which appeared as a ghost as a boss in Caria Manor, appears in Miquella's Haligtree. The battle strategy is the same as the last time: avoid enemy attacks first, then find an opening and strike a counterattack. The number of swords that appear with magic has increased, but there is no change in the way of fighting as long as you avoid them at the beginning of the attack.

Strengthen Your Forces If Struggling

How To Beat Malenia, Blade of Miquella

When Malenia attacks, the enemy's HP will be healed, even if you are guarding with 100% physical negation, so you should avoid it by rolling anyway, except for some attacks.

Malenia is relatively easy to be staggered by your attacks, so keep in mind to keep her scared by skills and jump attacks, etc. If you staggered her with a skill, Hoarfrost Stomp is recommended because it has a wide attack range with little gap.

Use Spirit Summon To Stagger From Behind

First Attack Of The Second Form Can Be Guarded

The falling from the air attack used in the first attack of the second form is difficult to time to avoid rolling. Although the enemy HP is healed, the damage from the fall does not accumulate rot effects, so guarding is stable. The large flower that blooms afterwards accumulates scarlet rot effects, so hurry to get away from it.

※Take the items that the strategy team thought were important.
※Posted in the order of progression

If you follow the steps of the Questline, you will find Milicent in Elphael, Brace of the Haligtree by the Site of Grace "Prayer Room". For more information, please refer to the following article.