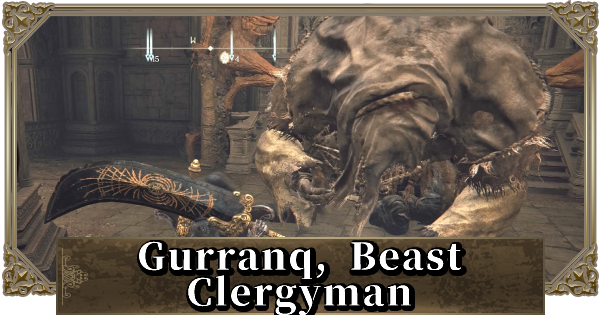 Appears In The Bestial Sanctum Of Caelid

In order to progress and complete the Quest Line, you must collect and hand over Deathroots to Gurranq. To collect all 9 Deathroots, you will need to progress the story to reach the Mountaintops of the Giants. Collect Deathroot as you progress through the main story.

1. Collect A Deathroot And The Talk To D

Once you collect a Deathroot, you can talk to D. Show him the Deathroot and ask him for an introduction to Gurranq. Note that D's location changes depending on whether you have the Roundtable Hold unlocked or not.

If you've just started the game, the fastest way to get a Deathroot is by defeating the boss Tibia Mariner in Summonwater Village, north of Limgrave. It's a relatively weak boss that can be defeated with beginner equipment so it's the easiest way of getting a Deathroot.

2. Use The Portal (Gateway) To Meet Gurranq

After talking to D, head to the Portal (Gateway) shown in the image above. Use that Portal to get to location where Gurranq is. Once there, open the large doors and enter the building. Talk to Gurranq and give him the Deathroot to get an item in exchange.

After giving Gurranq a Deathroot, you will receive the Beast Eye. This item will notify you if you're near a Deathroot. Use this to make it easier to collect Deathroots in different locations.

Deathroots Can Be Collected Around The Map

There are nine Deathroots in total, but it does not matter which one you give to Gurranq. Some are in locations that are inaccessible until you progress further through the story. It's recommended to get them from where you can and collecting your reward.

4. Rest At The Site Of Grace & Gurranq Will Become Hostile

Give Gurranq a total of 4 or more Deathroot, then rest at the Site of Grace. Gurranq will become hostile and attack you. Attack back and he will eventually stop. Be careful since his attacks are quite powerful.

Recommended To Attack Him Outside The Temple

Gurranq cannot fit through the temple's entrance. It's recommended to fight him from outside the entrance with long-range attacks, including Skills and projectiles such as Kukri.

▲ Note that even if you're outside the temple, you can get hit by his long-range attacks (Claw's Slash or Roar). Dealing around 1200 damage or so will cause him to eventually stop attacking.

5. Continue The Story Until You Reach The Mountaintop Of The Giants

You can only get up to 4 Deathroot between Limgrave and Liurnia Of The Lakes. In order to get the rest of the 5 Deathroots, you will need to progress through Altus Plateau and the Mountaintops of the Giants. If you haven't progressed yet, continue on with the main story line.

The Altus Plateau can only be reached by using the Grand Lift of Dectus at the northernmost part of Liurnia. To be able to use the Lift, you will need the Dectus Medallion (Left/Right).

Use The Secret Medallion To Access The Consecrated Snowfields

6. Collect The Last Deathroots & Give Them To Gurranq

By handing over the 5 remaining Deathroot, he tells you there is nothing more you can do. He will then disappear and Gurranq's Quest Line will end.

Gurranq As A Boss/Enemy

What To Do To Make Gurranq Hostile?

Becomes Hostile After You Give 4 Deathroots

If you give Gurranq a total of four or more Deathroot, he will say "Strange, there's something else. But the death, yet quenches. Bring more.". After this bit of dialogue, if you rest at a Site of Grace, Gurranq will become an enemy.

Will Also Turn Hostile When Attacked

Gurranq will also become hostile when attacked, similar to the other NPCs in the game. However, once you rest at a Site of Grace, he will not be hostile anymore and you can go back to giving him Deathroot and getting the rewards.

Gurranq - How To Stop Being Hostile

Deal A Certain Amount Of Damage To Gurranq

The only way to return Gurranq to being a friendly NPC is by attacking and getting his health to a certain point. The amount of damage required is 1200. Since Gurranq can deal a ton of damage himself, it's recommended to attack him from a distance outside of the temple if you don't want to face him head on.

Hostility Cannot Be Removed In the Church Of Atonement

Unlike other NPCs wherein you can remove their hostility with the Church of Atonement, Gurranq is not affected by it when it's used. The only way to remove thier hostility is by damaging him enough when he does become an enemy.

Gurranq Could Also Be Killed

Gurranq is quite a powerful enemy, but he can be killed. When defeated, he will drop an Ancient Dragon Smithing Stone. However, since this is also a drop from giving Gurranq all 9 Deathroot, it's better to not kill him to get all the rewards.

Deathroot can be obtained in multiple locations, including in Limgrave and the Mountaintops of the Giants. There are two ways of getting it: Either by defeating Tibia Mariner bosses or by completing dungeons.

You can get the following drops including a Deathroot from beating the Tibia Mariner in Summonwater's Village. Unlike other early game bosses, the Tibia Mariner is fairly easy to beat so getting your first Dearthroot here is recommended.

The Site of Grace: Saintsbridge is the closest to the Deathtouched Catacombs. The dungeon is fairly short and you can find the treasure chest that contains the Deathroot in the boss room inside a locked room. Use a lever on the second floor to open the door that will lead you to it.

Deathtouched Catacombs - How To Find

The dungeon is a bit hard to find so use the video above to find it.

Click Here For A Video Of The Black Knife Catacombs Route

Deathroot Locations - Liurnia Of The Lakes

Click to Enlarge
Liurnia Of The Lakes Map & Bosses

Route To The Deathroot In Black Knife Catacombs

Check the video above to know how to progress through the Black Knife Catacombs.

Click to Enlarge
Altus Plateau - Map & How To Get To Location

Wyndham Ruins is located north of the Grand Lift of Dectus. The Tibia Mariner here is harder to beat because it will appear along with a huge skeleton. Be careful of the mob around you as you try to beat it.

Gelmir Hero's Gave is in Mt. Gelmir. The area has a lot of Chariots that will instakill you if you get hit by them. Use the spaces on the walls to avoid them as they go down the halls. There is also the Red Wolf of the Champion in the area so beware because it's a tough boss.

Route To The Deathroot In Gelmir's Hero's Grave

Deathroot Locations - Mountaintops Of The Giants

The Giant's Mountaintop Catacombs is a complex dungeon. It is quite easy to get lost since there are multiple floors that look similar to each other. There is also an Ulcerated Tree Spirit at the end of the dungeon.

How To Get To The Giant's Mountaintop Catacombs

Check out the video above to learn how to get to the Giant's Mountaintops Catacombs.

How To Get The Deathroot At The Giant's Mountaintop Catacombs

Learn how to navigate the Giant's Mountaintop Catacombs in the video above. This will show you the route to the Deathroot there.

2. Tibia Mariner At The South Of The Castle Gate

3. Hidden Path to the Haligtree

Use the Secret Medallion to operate the Grand Lift of Rold. Before doing so, remember to select the medallions. The dungeon does require you to go through a passageway.

How To Get The Deathroot

Check the video below to know where to find the Deathroot.