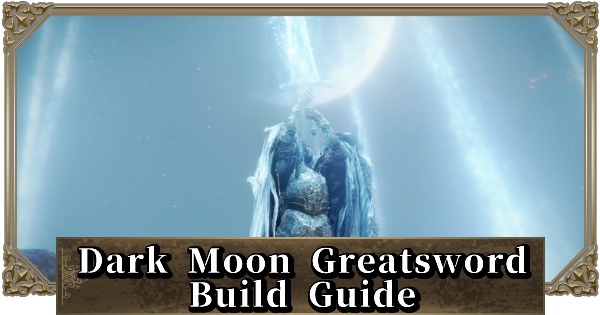 Can Use Sorceries While Fighting In Close Quarters

This build is focused on using the Dark Moon Greatsword, a weapon that becomes more powerful the higher your character's Intelligence is. Unlike other melee weapons, it's recommended to increase Intelligence instead of Strength and Dexterity, so it's advantage includes being able to use sorceries too.

Dark Moon Greatsword - How To Get & Stats

Skill That Is Easy To Power-Up

The Dark Moon Greatsword's Skill is considered a sorcery, making it easy to increase its damage with the use of Talismans and other methods. Using all of the enhancement below will buff your damage by 1.7 times more.

Dark Moon Greatsword - How To Get & Stats

The Dark Moon Greatsword's damage is directly related to its wielder's Intelligence. Due to this, it's recommended to choose the Astrologer class due to its high initial INT stat.

At Level 50, it's hard to get the Dark Moon Greatsword. At this point, fight purely with Sorceries that include using Rock Sling and the Meteorite Staff.

Once you have the Dark Moon Greatsword, increase your Strength as required. Strength 11 is fine if you two-hand the weapon, but you have to remember to switch to two-hand after using the INT-based Glintstone Staff in combat.

Magic Scorpion Charm Is Most Recommended

The effect of the Magic Scorpion Charm is applied to both the Dark Moon Greatsword's normal attack and its skill. It also increases the damage of INT-based attacks, so it should be the top priority to be equipped.