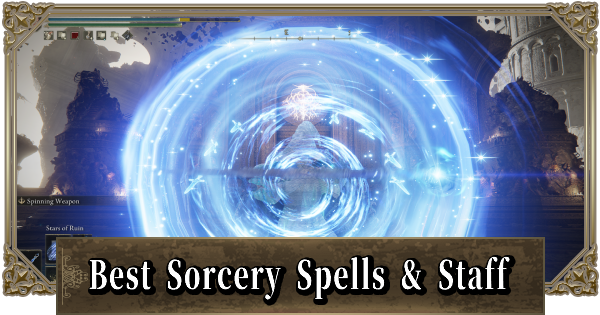 The damage of Adula's Moonblade dealt to humanoid boss is not much different from Carian Greatsword which costs 12 FP lesser. However, it is still strong for large bosses that can land multiple hits. Although it is not as strong as before, it is still included in the rankings.

Meteorite Of Astel Is The Strongest If Meteors Hit

If FP0, Use The Sorcery Spell Comet Azur

What Sorcery Spell Do You Recommend?

The best staff varies greatly in terms of firepower, chanting speed, and specialization in the type of magic, depending on your playstyle and the spells you use. We use Azur's Glintstone Staff, which consumes more FP but reduces the casting time of all sorceries.

Other armor (excluding helms) does not have any effect of strengthening magic. Therefore, it is recommended to choose by appearance. In the game, most of the helm armor that enhances magic are glintstone crowns.