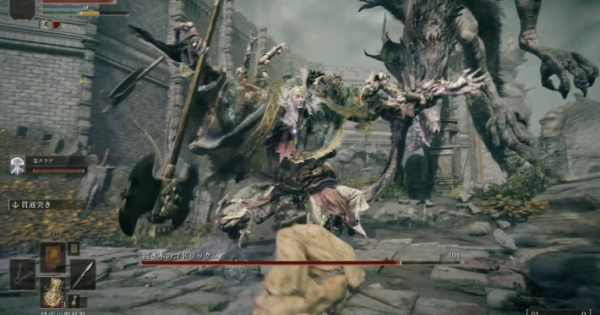 Elden Ring
Stormveil Castle - Location & How To Get There

Can Be Accessed After Defeating Margit, The Fell Omen

Stormveil Castle is a location you can go to after defeating Margit, the Fell Omen. It is also the largest dungeon in the Limgrave region, so when you've decided to take this location on, make sure to prepare as much as you can.

Margit The Fell Omen - How To Beat

We Don't Recommend Getting The NPC To Open The Main Gate

The NPC will open the main gate for you if you ask them to do so. However, entering through the main gate will have you be faced with high frequency shooting attacks which could leave you in a critical condition within a blink of an eye. With that said, we don't recommend going through this way. In any case, if you're able to get through despite the attack, you can get to the boss area via a relatively shorter route.

How To Go Underground

How To Beat The Boss (Godrick The Grafted)

Godrick the Grafted is weak against Poison and Hemorrhage, so we recommend that you use items like Serpent Arrow and Blood Grease which can be bought from merchants.

Be sure to check the gold summon sign in the passage which is in front of the boss & summon Nepheli Loux. When the battle has begun, we recommend using Spirit Ashes to provide as decoy.

Attacks While Grafted Dragon Is Equipped Can Be Dodged By Rolling

When Godrick's HP reaches 60% or less, it starts to deal flaming attacks with the Grafted Dragon. If you stand in front of it, you'll be likely to get hit. Once the flames start to appear from the mouth of the Grafted Dragon, roll to the side to dodge its attacks.

Godrick the Grafted - How To Beat

How To Get Valuable Items At Stormveil Castle

※ These are the items that our team has found particularly useful

Locations To Use Stonesword Key Of Stormveil Castle

Nepheli Loux Will Be Near The Boss Area

Nepheli Loux is an NPC at Stormveil Castle, and if you talk to him, he'll help you with defeating Godrick the Grafted. NPCs that help you in battle by distracting the enemy as a separate target is valuable in battle, so if you're not intending to play hardcore solo, then we recommend having him help.

You can find Nepheli Loux by walking past the giant outside the Site of Grace and continue walking forward until you see the building pictured above.

Gatekeeper Gostoc Can Be Found Next To The Main Gate

The name of the NPC in the room next to the main gate is Gatekeeper Gostoc, and the biggest impression we got from him is teaching us about an alternate path in our very first conversation. From your second interaction onward, he'll be able to act as a shop, so make use of this when necessary.

Rogier Is In The Church

You'll find Rogier in the Church, and by talking to him, you'll be able to start purchasing Skills. In any case, as long as you clear Sormveil Castle, Rogier will appear at Roundtable Hold, so you don't have to go out of your way to find him.