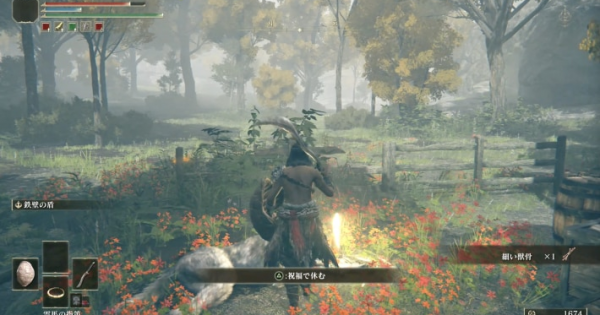 Elden Ring
Warmaster's Shack - Location & How To Get There

Warmaster's Shack can be reached by heading east from Stormhill Shack. There are no particular obstructions on the way, so you shouldn't get lost.

There is a Site of Grace just outside the Warmaster's Shack. Be sure to interact with it to be able to rest and fast travel.

What To Do In Warmaster's Shack

Learn Ashes Of War From Bernahl

At the Warmaster's Shack, you can learn Ashes of War from Bernahl, an NPC. If you give enough runes, you can learn how to use them for your weapon to increase its attack power and stats.

Ashes Of War You Can Learn

On rare occasions when visiting the Warmaster's Shack at night, a Bell Bearing Hunter appears as a boss in the location where Bernahl was at. He drops a Bone Peddler's Bell Bearing, so make sure to defeat him.

Bell Bearing Locations & How To Get

When It Doesn't Appear, Turn It To Nighttime Again

How To Defeat The Bell Bearing Hunter (Boss)

Attack Immediately At The Start Of Battle

When you head inside the shack, the Bell Bearing Hunter will not attack for a while after it appears. Unleash a series of attacks during this time to cut down their HP in one fell swoop. If you can break its stance with a charged or leaping attack, you may be able to deliver a fatal blow.

The enemy uses a sword as its weapon, although even if you keep your distance, the enemy will swing its sword by manipulating it like a string. This leads to an unnecessary increase in the enemy's attack patterns, so it is recommended to keep close to the enemy.