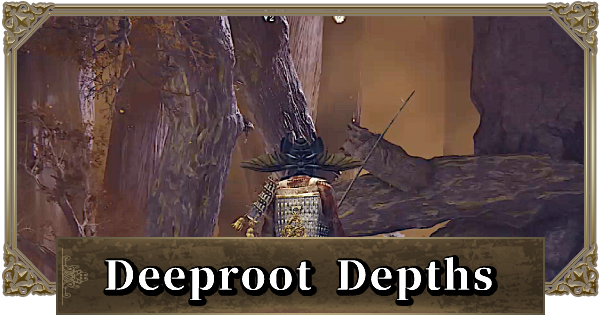 Quick Guide To The Steps To Move The Sarcophagus

How To Get To The Sarcophagus From Ancestral Woods

How To Get To Deeproot Depths

If Valiant Gargoyle cannot be defeated by any means, it can be headed through a hidden passageway in the Forsaken Depths underground area of Royal CapitalorLeyndell, Ashen Capital. However, this area is not recommended due to strong enemies and complicated roads.

Route To The Deeproot Depths

A Sarcophagus Will Take You To Nokstella, Eternal City

From the point where you warp out of the sarcophagus, go ahead across the branch and turn right when you come up to the ground. The Map Fragment of Deeproot Depths can be obtained from the bodies in the open square.

How To Get There From Great Waterfall Crest (Warp Point)

Route to Site of Grace The Nameless Eternal City

How To Get Valuable Items From Deeproot Depths

If you have enough time, defeat the big ants to drop Numen's Rune and Rune Arc.

Since the inside of the waterfall is narrow, lure them to the outside to fight. Prince of Death's Cyst drops when defeated.

How To Enter The Mausoleum Of Deeproot Depths

Jumping From The End Of A Branch

Mausoleum in Deeproot Depths has dirt in a position where you can't aim from below, similar to Real Aria.There is a branch nearby that extends toward Mausoleum, so you can climb it by going around from the west of the Site of Grace "Nameless Eternal City" and jumping from the end of the branch.