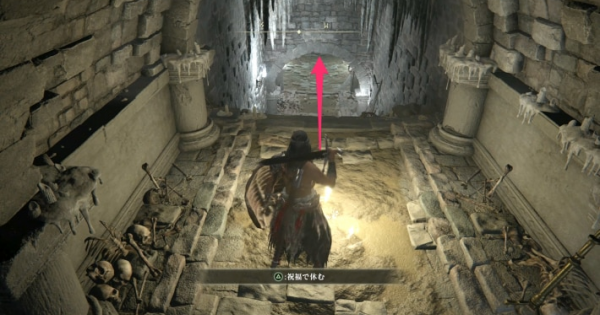 Elden Ring
Murkwater Catacombs - Location & How To Get There

Head Down To The Canal Near Artist's Shack

The Murkwater Catacombs can be reached by detouring to the left from the Artist's Shack and descending to the canal. The scaffolding is narrow, so be careful not to fall!

From the Site of Grace, go straight and head down two flights of stairs to advance.

After descending the stairs, go ahead and pull the lever. Stepping on the stone button along the path will activate a trap and shoot flaming arrows towards you, so try to avoid it as you proceed.

Defeat the enemies in the room before pulling the lever. You may be surrounded and die if you try to pull the lever first.

After pulling the lever, go back from where you came and turn left at the passage. Remember to avoid the stone button while proceeding.

Go through the wall of fog to fight the boss. Be careful not to activate the button on the way.

Parrying Can Make The Fight Easier

The Grave Warden Duelist has a lot of monotonous attacks in which he just swings his weapon. It is really easy to parry whenever he swings his weapons left and right in succession. If you get used to parrying his attacks, you can easily defeat this boss.

Roll To Evade His Attacks And Avoid Guarding

Each of his attacks can deal heavy damage, so guarding against them will consume a lot of stamina. Avoid his attacks by rolling instead.

Summon A Spirit To Make It Easier

Since this is an area where spirits can be summoned, try to summon them during the fight. It is very easy to defeat the boss with magic and other long-range attacks while the spirits are distracting him. The Lone Wolf Ashes are highly recommended since they are easy to use as shields.