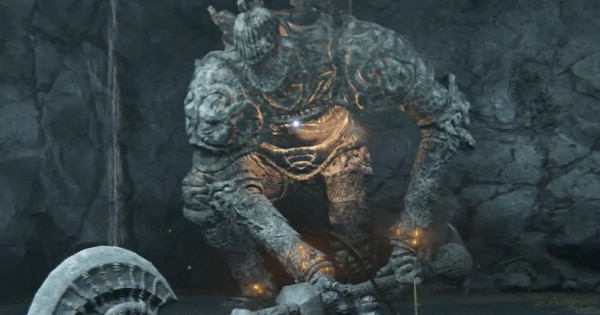 Elden Ring
Highroad Cave - Location & How To Get There

Highroad Cave is an area for Elden Ring. Guide includes the map location, how to get, rewards, & boss of Highroad Cave.

Proceed From The Artist's Shack Towards The Canal

Highroad Cave can be reached by descending from the Artist Shack and heading down the canal while going north. If you get off at the wrong location, you will fall to your death, so refer to the video below.

Route To The Second Hole

Route To The Waterfall Basin

Route To The Boss

How To Defeat The Guardian Golem (Boss)

Continuously Attacking One Leg Can Be Lethal

You can lock-on to the legs of the Guardian Golem. Continuously attacking one of its legs will cause it to fall over. Once it falls over, attack its chest area to inflict fatal damage. Ashes Of War, heavy, and leaping attacks can easily cause the Golem to fall over.

※While locking on, move the right the stick to switch targets.

Stay Close To Its Heel