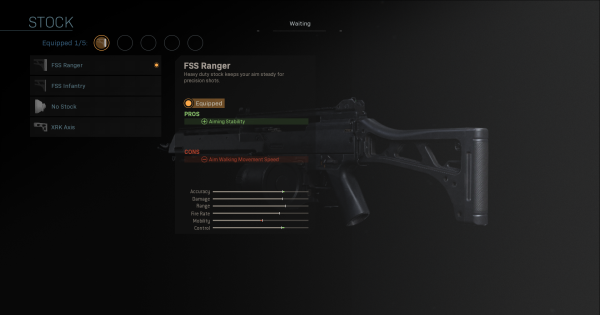 Read this Call of Duty: Modern Warfare 2020 & Warzone guide to learn more about the attachment FSS Ranger! Learn about this gunsmith, unlock level!

Thanks to the stock's weight, this attachment will make your aim stable for better control of the weapoon when firing. However, it also penalizes mobility.