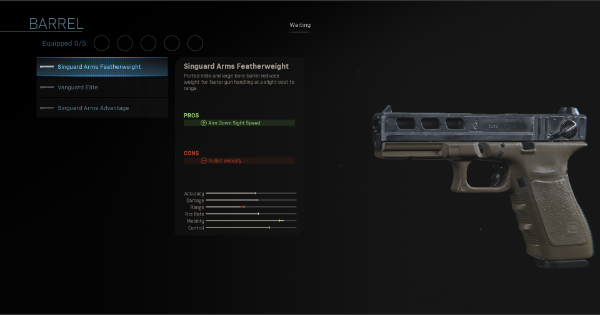 This barrel attachment allows you to ADS faster, meaning you can get enemies in your sights much quicker and fire off your shots first! Despite this, bullet velocity is reduced, meaning time-to-kill is lowered.