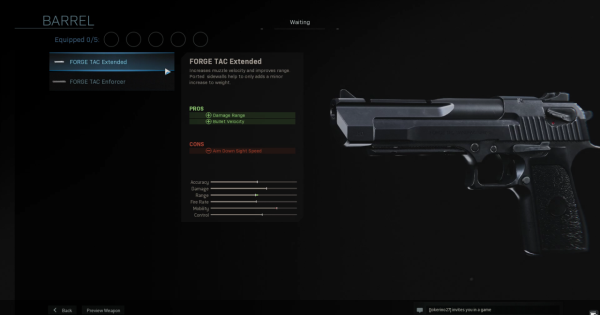 Your weapon damage range and bullet velocity are increased, allowing you to dispatch further away targets. However, ADS speed is lowered, making it harder to make precise shots.