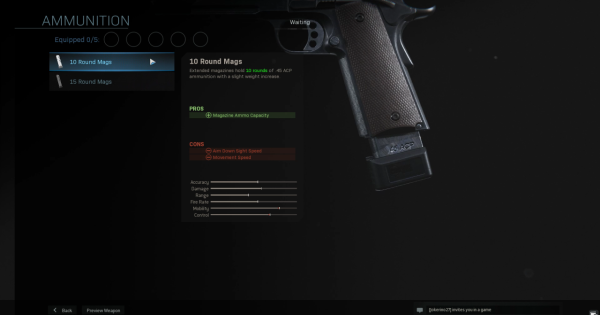 Read this Call of Duty: Modern Warfare 2020 & Warzone guide to learn more about the attachment 10 Round Mags (1911)! Learn about this gunsmith, unlock level!

Adds 3 more rounds to the 1911. Has no noticeable impact to its ADS Speed.