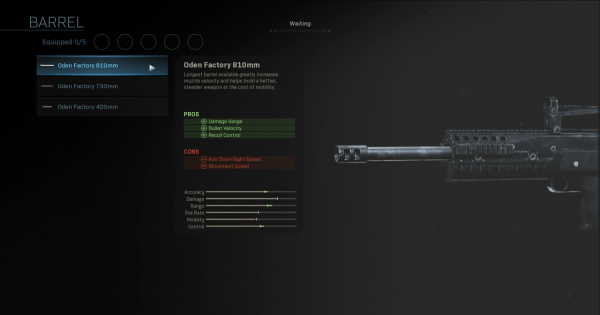 Greatly extends weapon effective range at the cost of mobility. Good for weapons that can one-shot opponents or deals heavy burst fire.