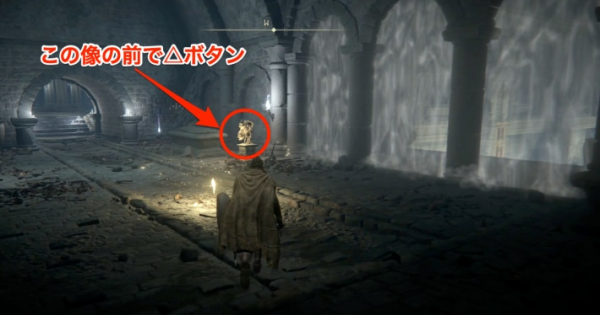 Elden Ring
Fringefolk Hero's Grave - Location & How To Get There

Use The Stonesword Key In The Stranded Graveyard

▲Since you can get 2 keys as a keepsake in character creation, you can go ahead and open it immediately

To enter Fringefolk Hero's Grave, you will be needing 2 Stonesword Keys. If you have not obtained keys before, you should pick it up from various locations or buy from merchants.

How To Destroy The Chariot

Drop A Jar At The End Of Its Route

The chariot in the Fringefolk Hero's Grave can be destroyed by moving to a hidden path and hitting the jar on the ceiling to drop it below the chariot. Once it is destroyed, the chariot will not respawn. This makes it much easier for players who want to explore the area.

Avoiding The Chariot And Taking Down Enemies

The enemies that appear on the slope can be killed by the chariot. Run towards the indentations before the chariot comes down.

Powerful Enemies Can Be Defeated Using The Chariot

If you lure the enemy to the chariot, you can defeat even the strongest enemy with one hit. They can be quite troublesome to fight in the early game, so try to take advantage of the chariot by luring them out of the room. Once you see the chariot coming down, run towards the front of the room.

How To Dodge Flamethrower

The flamethrower will take a bit of time before it activates again. Trigger it once and find shelter in the indentation on the wall until it stops.

Strong Enemies Appear In The Area Of Erdtree's Favor

In the area where the Grace of the Golden Tree is located, two powerful enemies will appear when approaching the statue. Two Grafted Scions will appear. If you die, you will return to the Stranded Graveyard Site of Grace.

Ulcerated Tree Spirit Should Be Fought After You Get Stronger

Those who took the Stonesword Key from the start can challenge the Ulcerated Tree Spirit right away, although you must understand that this can be quite difficult unless you are experience in the Souls series. Its fierce and instant-kill attacks are too difficult for early game, so you should challenge them only after you have become stronger.

Prepare A Shield With 100% Physical Negation

The Ulcerated Tree Spirit will mainly do physical damage for the fight until its HP falls to 60%. If you have a shield with 100% physical resistance, you can protect your HP at the expense of stamina. This makes it really effective to guard against its powerful attacks. You can pick up physical negation shields in various locations, so try to get one if you haven't yet.

▲Whenever it begins to shout, it will unleash an instant-kill attack.

Whenever the Ulcerated Tree Spirit screams, it will unleash its instant-kill attack and run towards you to bite you. The attack is too powerful that it cannot be prevented by guarding. You will have to avoid it by dodging, otherwise, you will have to start over. Make sure to learn the right timing for this attack.