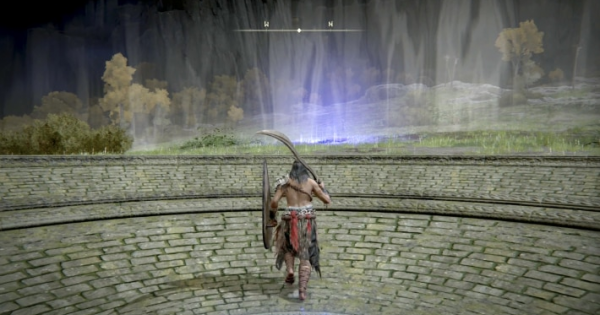 Elden Ring
Stormhill Evergaol - Location & How To Get There

Stormhill Evergaol can be reached by passing through the Stormgate and heading west from the Site of Grace. You can enter the building by examining the glowing circle.

There Is A Boss Fight Once You Enter

As soon as you enter Stormhill Evergaol, a boss battle will ensue. Be sure to prepare your items and equipment in advance!

How To Defeat Crucible Knight (Boss)

Move Clockwise While At Close-Range

The basic strategy is to stay in close range and dodge attacks by moving clockwise. If you maintain a distance from him, he will attack you from that distance, making it difficult for you to counterattack. Therefore, it's best to stick close to the enemy.

Parrying Can Make The Fight Easier

▲When he stomps and slashes his sword to the ground, you can counter it with a roll and a parry.

Because the Crucible Knight is rarely afraid of your attacks, he has fewer vulnerable windows. If you can get a parry, you will be able to attack more often. Parrying will be very useful for bosses, especially later in the game. It is really important to remember the timing for parrying his attacks.

Recover HP At A Safe Distance

The Crucible Knight attacks accurately, which can expose our vulnerability when recovering HP. Make sure to keep enough distance between you and him when recovering HP, since most of his attacks can reach you.

Has Additional Attacks When At 60% HP

When he is at 60% HP, a tail attack and a gliding attack are added to his moveset. It is important to understand the timing of his attacks since it can catch you off guard when opting for counterattacks.

It creates a tail on the caster and reaps enemies in front of you. If used when surrounded by enemies, it will make it easier to create a window to escape.