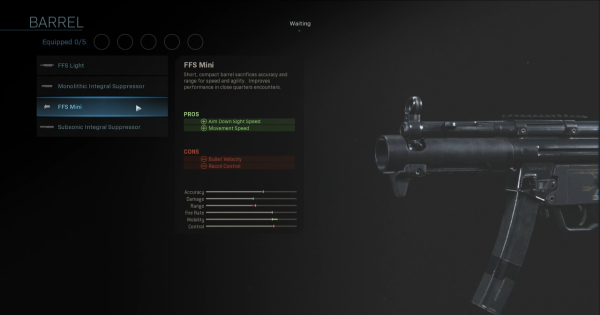 Read this Call of Duty: Modern Warfare 2020 & Warzone guide to learn more about the attachment FSS Mini! Learn about this gunsmith, unlock level!

Best used for weapons where bullet velocity isn't an issue, whether its a close-quarter weapon or a ultra-high default velocity weapon. Favors lower caiber weapons as recoil control is harder.