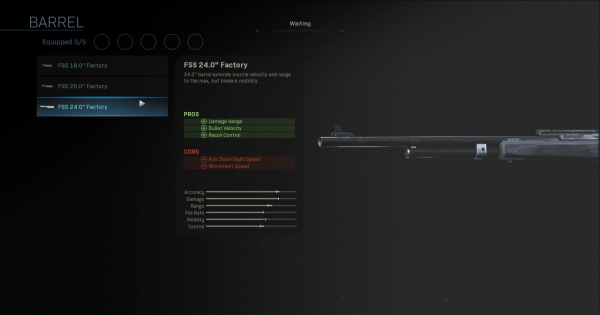 Read this Call of Duty: Modern Warfare 2020 & Warzone guide to learn more about the attachment FSS 24.0 Factory! Learn about this gunsmith, unlock level!

Increased effective range a the cost of significantly decreased Aim Down Sight Speed. Mitigate it with other attachments. Best for marksman / defensive builds.