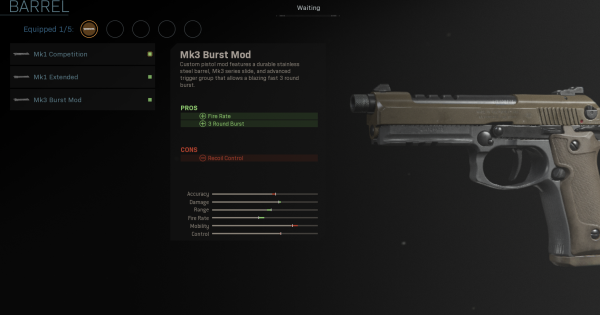 Turns the weapon into a 3 round burst mode with harder recoil. Still controllable due to the weapon's good handling.