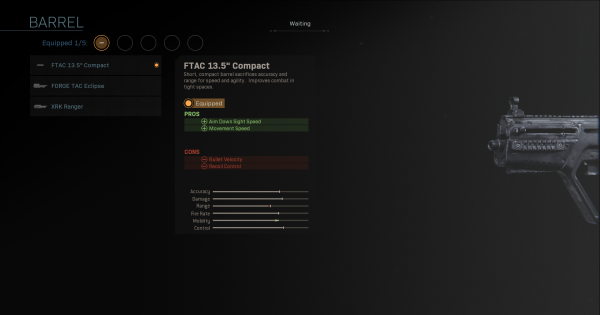 Read this Call of Duty: Modern Warfare 2020 & Warzone guide to learn more about the attachment FTAC 13.5 Compact! Learn about this gunsmith, unlock level!

A useful run and gun attachment that helps you move and shoot your weapon faster at the cost of the weapon's control.