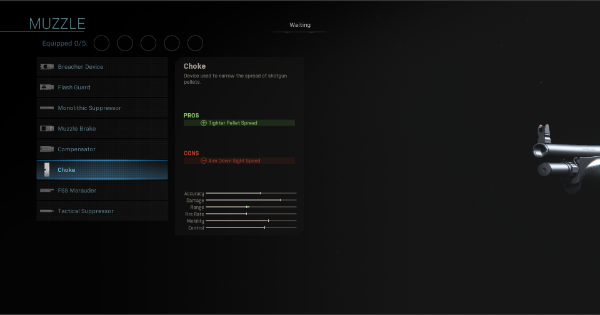 Read this Call of Duty: Modern Warfare 2020 & Warzone guide to learn more about the attachment Choke! Learn about this gunsmith, unlock level!

With a choke, the shotgun's pellet spread becomes tighter, allowing you to somewhat increase your weapon's range. However, the ADS speed is lowered so it will need to be mitigated using other attachments.