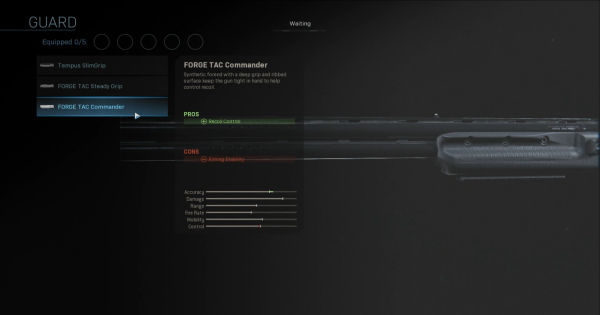 A little aiming stability for better recoil control. Viable for many loadouts, such as hip-fire.