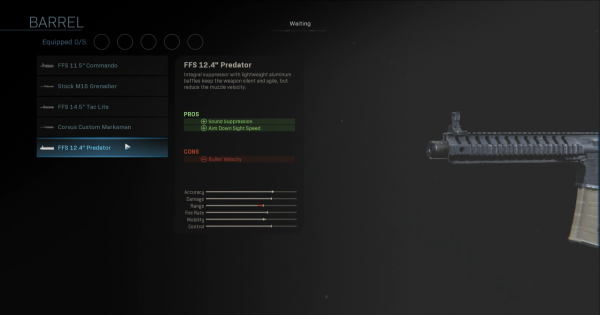 Read this Call of Duty: Modern Warfare 2020 & Warzone guide to learn more about the attachment FSS 12.4 Predator! Learn about this gunsmith, unlock level!

2 attachments rolled into 1, with the added plus of faster ADS speed. Better suited towards close quarters.