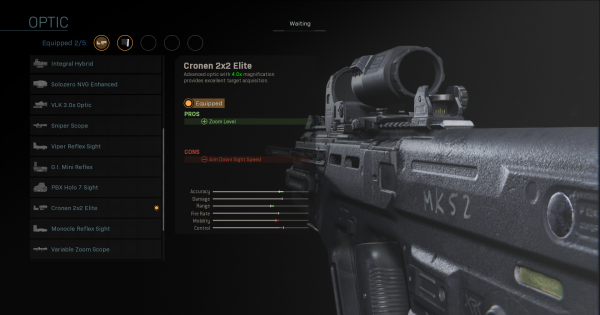 This optic greatly increases the weapon's zoom level, allowing you to dispatch further away targets. However, your ADS speed will start to suffer due to this. Best used for long range engagements.