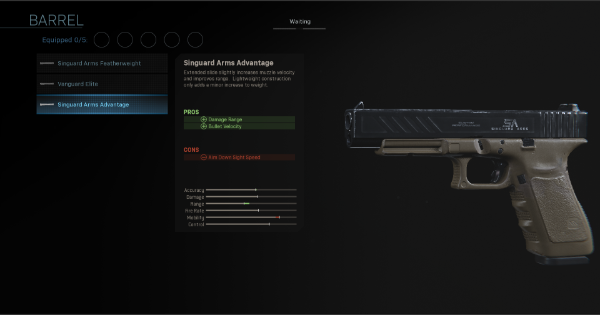 Increased bullet velocity and damage range allows you to take out enemies from afar using your pistol. However, it slightly lowers ADS speed, meaning you need to add attachments that compensate if you plan on whipping this out when you encounter enemies up close.