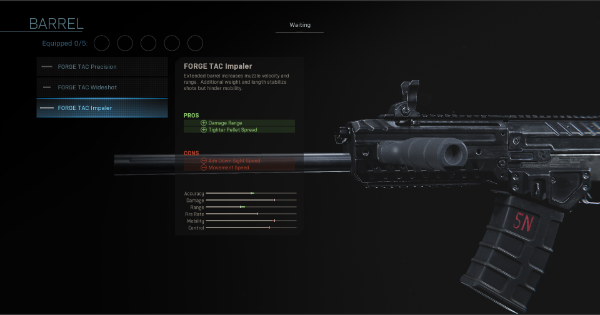 The Wideshot attachment is useful for dealing with multiple enemies at the same time due to a wider pellet spread. However, it loses its accuracy when engaging enemies in more open areas.