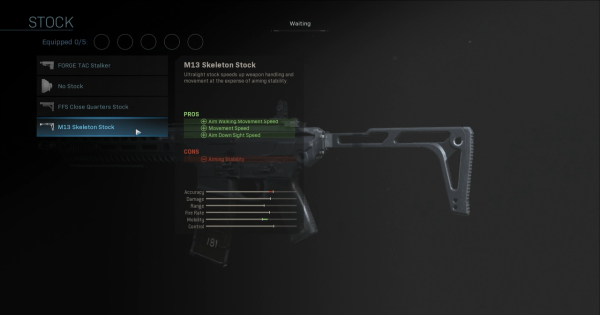 Increases speed for both aiming and moving while aiming. Has no serious impact on Aiming Stability.