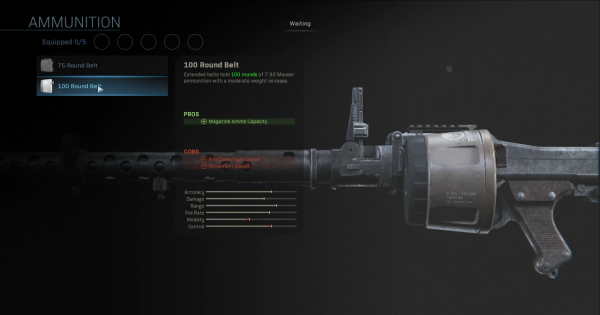 Read this Call of Duty: Modern Warfare 2020 & Warzone guide to learn more about the attachment 100 Round Belt! Learn about this gunsmith, unlock level!

About 100 Round Belt Attachment

A situational attachment that trades mobility for better fire sustainability. Worth it as the base magazine size is low.