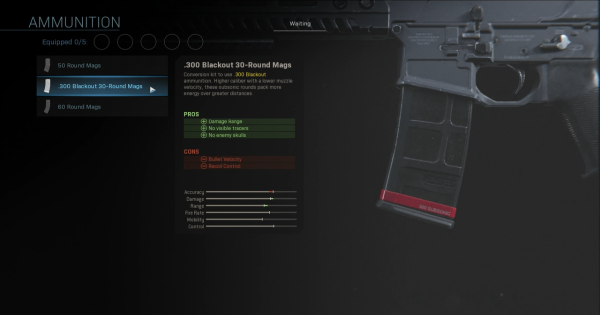 Read this Call of Duty: Modern Warfare 2020 & Warzone guide to learn more about the attachment .300 Blackout 30-Round Mags! Learn about this gunsmith, unlock level!

About .300 Blackout 30-Round Mags Attachment

Good stealth attachment that can free up perks. Hides death markers & tracers for maximum stealth, but mostly viable for short range at default. Use with Suppressors.