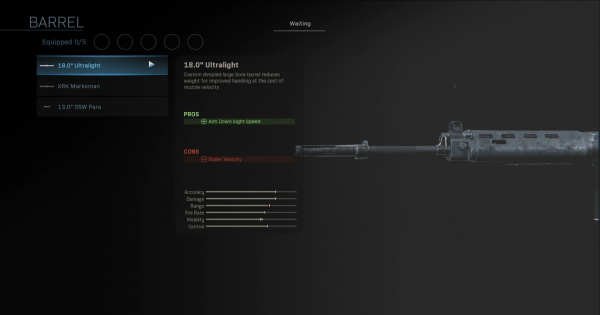 Read this Call of Duty: Modern Warfare 2020 & Warzone guide to learn more about the attachment 18.0 Ultralight! Learn about this gunsmith, unlock level!

Increased ADS speed for lower bullet velocity. Mostly used to balance out other attachments, or in close-quarters only weapons.