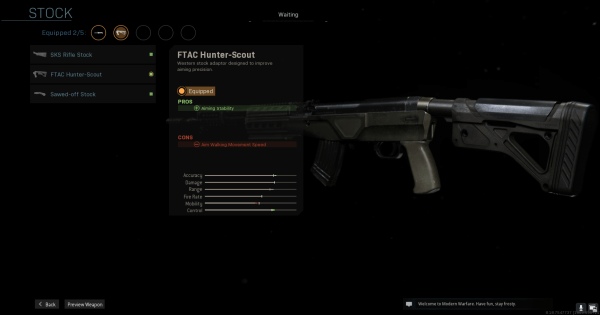 A stock helping to stabilize aiming . But walking speed while aiming will be slowed.