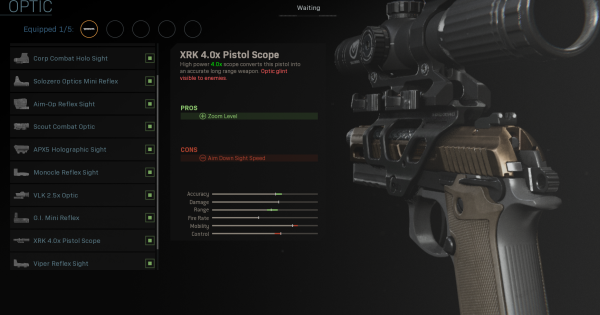 A high maginfying scope for long range encounters. The optics glint will reveal your position when aiming down sights.