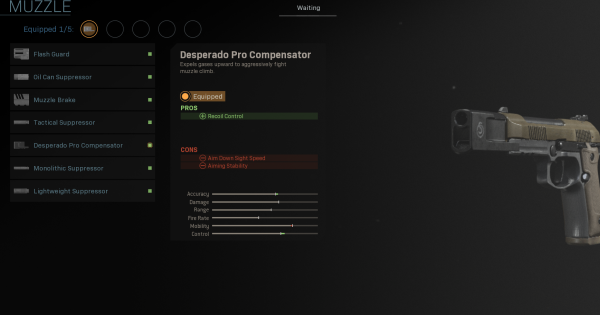 Compensator works best with weapons that have a steep vericle recoil, usually large-caliber weapoons such as LMG and Assault Rifles. If you are running and gunning with these types of weapons, a Compensator is effective.