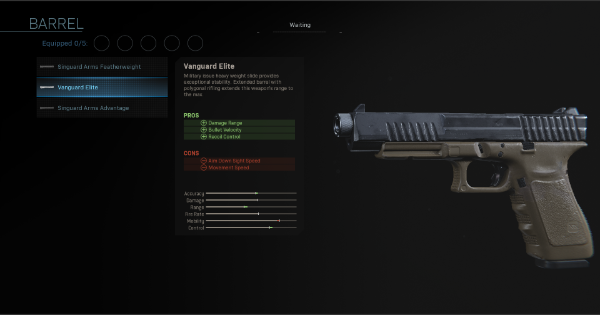 Read this Call of Duty: Modern Warfare 2020 & Warzone guide to learn more about the attachment Vanguard Elite! Learn about this gunsmith, unlock level!

Aside from increased damage range and bullet velocity, this attachment also makes the weapon's recoil more manageable. Allowing you to keep your shots accurate when fighting enemies.