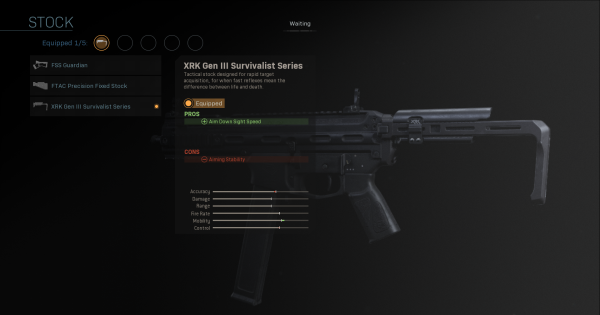 Stock for better mobility without sacrificing too much control.