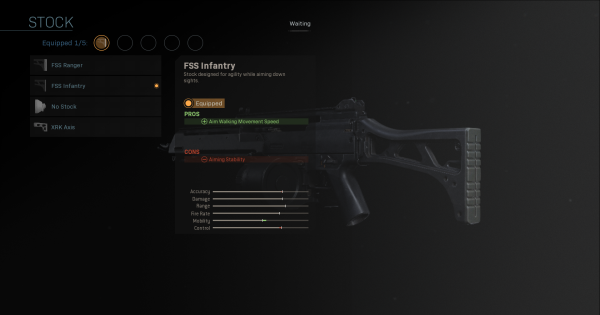 Read this Call of Duty: Modern Warfare 2020 & Warzone guide to learn more about the attachment FSS Infantry! Learn about this gunsmith, unlock level!

This attachment is perfect for players who like to ADS a lot. With increased movement speed while aiming, you can strafe around, making you a harder target for enemies!