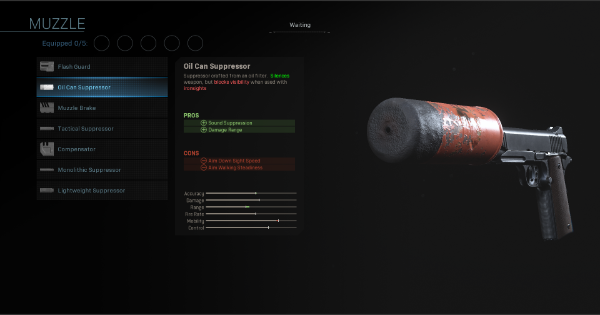 Read this Call of Duty: Modern Warfare 2020 & Warzone guide to learn more about the attachment Oil Can Suppressor! Learn about this gunsmith, unlock level!!!

About Oil Can Suppressor Attachment

Has the same effect as the Monolithic Suppressor. Not recommended when using Iron Sights as it blocks your line of sight.