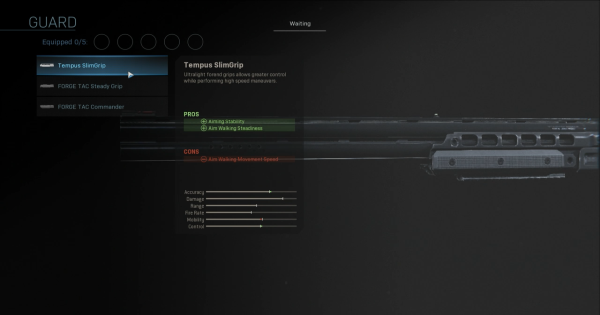 Read this Call of Duty: Modern Warfare 2020 & Warzone guide to learn more about the attachment Tempus SlimGrip! Learn about this gunsmith, unlock level!

Increased control when aiming. Great addition to those that rushes to key points and ADS to set up ambushes.