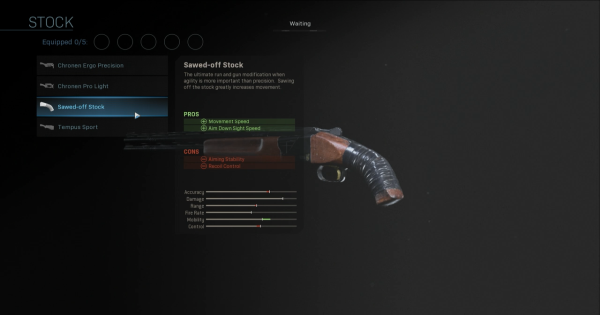 Read this Call of Duty: Modern Warfare 2020 & Warzone guide to learn more about the attachment Sawed-off Stock! Learn about this gunsmith, unlock level!

Sacrifices Aiming Stability and Recoil Control for a significant increase in Movement Speed and ADS Speed.